Metabolomics is combined with agricultural pest research to conduct research on insect resistance, growth and development, behavior, and molecular mechanisms.

The application of metabolomics in aquaculture is helpful for the study of fish disease prevention, immunity, growth and development, nutrition, and combined with multi-omics to study the relevant molecular mechanisms.

Qualitative and quantitative analysis of all small molecule metabolites in a biological system is an unbiased metabolomics analysis method.

Compare the changes of lipid metabolism network in different physiological states, and then identify the key lipid biomarkers in metabolic regulation. Finally reveal the mechanism of lipids in life activities.

Mammalian organs continuously exchange metabolites through circulation, but systematic-level studies on the mechanisms of metabolite exchange are lacking.

In this paper, we compared the concentrations of metabolites in arterial blood and venous blood of 11 organs of fasting pigs by LC-MS technology.

1) More than 90% of metabolites show arteriovenous differences in at least one organ; 2) The liver and kidney release not only glucose but also amino acids, which are mainly consumed by the gut and pancreas; 3) The liver preferentially consumes unsaturated fatty acids, while the kidneys consume circulating citrate and net oxidized lactate pyruvate, thereby contributing to circulating redox homeostasis; 4) Production or consumption of more than 700 tissue-specific metabolites was detected. 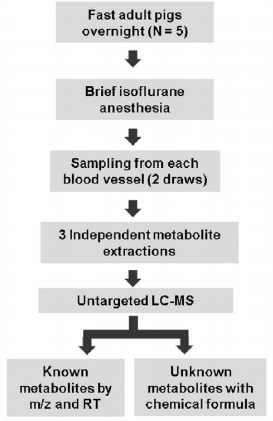 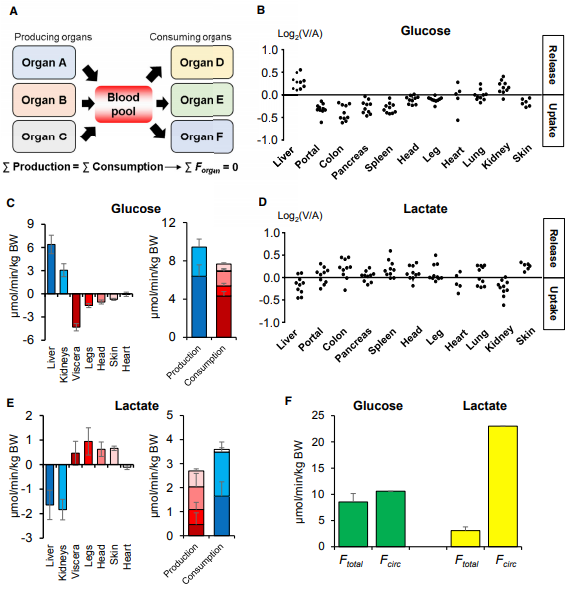 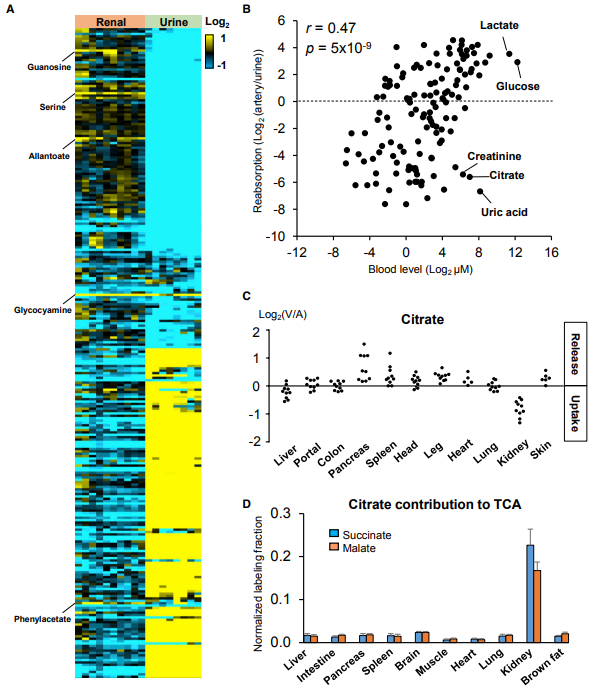 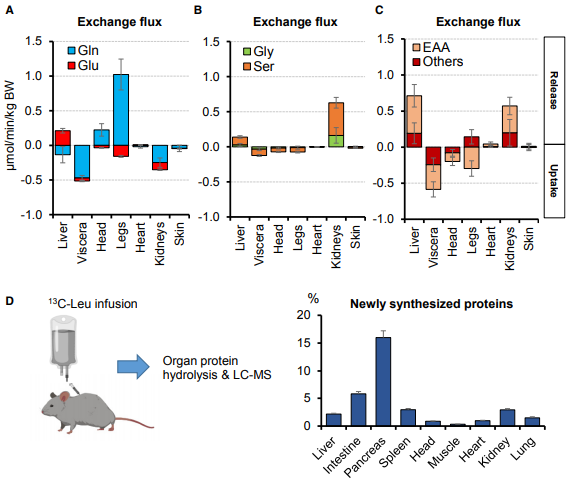 Figure 4 The liver and kidneys release amino acids, which are consumed in large quantities by other internal organs

We hypothesized that Cry1F-resistant fall armyworm with a non-functional SfABCC2 protein would display altered gut metabolome composition when compared to susceptible insects. Mass spectrometry and multivariate statistical analyses identified 126 unique metabolites from larval guts, of which 7 were found to display statistically significant altered levels between midguts from susceptible and Cry1F-resistant S.

Among these 7 differentially present 36 metabolites, 6 were found to significantly accumulate (1.3 to 3.5-fold) in midguts from Cry1F-resistant larvae, including nucleosides, asparagine, and carbohydrates such as trehalose 6-phosphate and sedoheptulose 1/7-phosphate. In contrast, metabolomic comparisons of larvae fed on non-transgenic corn identified 5 metabolites with statistically significant altered levels and only 2 of them, 2-isopropylmalate and 3-phosphoserine, that significantly accumulated (2.3- and 3.5-fold, respectively) in midguts from Cry1F-resistant compared to susceptible larvae. These may have the potential to be used as resistance markers.

The aim of the study was to initiate an exhaustive strategy of control by implementing both targeted and non-targeted metabolomics approaches. A LC-MS/MS method including an oxidative step for most of dyes was developed and validated to target the analysis of 14 residues belonging to different families of dyes. The metabolomics approach objective was to compare fingerprints between farmed fish treated with malachite green and farmed fish treated with victoria pure blue bo. Analytical information on modifications in the metabolome of muscle, liver and plasma was exploited by HRMS following by multivariate statistics and revealed some direct or endogenous metabolites among relevant mass features contributing to the constructed models. These two approaches, either appropriate biomarkers either enlarged targeted dyes are explored concomitantly to help improving the strategy for tracking new illegal practices in aquaculture.